COMMON PROBLEMS YOU CAN FACE IF YOU HAVE BACK TAX RETURNS ISSUES
Delinquent tax returns, back taxes, tax attorneys, IRS collections, small business tax relief
Each year the IRS receives more than 150 million tax returns filed by individuals and businesses. But despite the nearly universal obligation to file taxes due to the relatively low levels of income required to surpass filing threshold, hundreds of thousands of people & businesses — if not millions — fail to file taxes.
NEED HELP WITH IRS BACK TAXES, AUDIT REPRESENTATION OR SMALL BUSINESS TAX PREPARATION?
ADVANCE TAX RELIEF LLCwww.advancetaxrelief.comBBB A+ RATEDCALL (713)300-3965 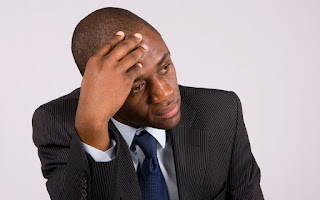 Furthermore, filing a tax return is the only way to receive the refund one is entitled to because non-filers cannot receive a tax refund and, generally, only have three years to file before losing claim to a refund. Finally, non-filers face an increased risk of an IRS tax audit or other adverse enforcement action.
And yet, even in light of the benefits and incentives for filing taxes and the penalties that discourage noncompliance, people fail to file. In some instances that may have simply been traveling outside of the country and the obligation may have simply slipped their mind. In other situations, the taxpayer may not believe that his or her income is not sufficient to file or for the IRS to take notice of noncompliance. However, regardless of your lack of intent to commit tax fraud an IRS agent may nevertheless perceive your actions to be part of a plan or scheme to defraud the U.S. government.
HOW COMMON ARE UNFILED BACK TAXES?
The IRS estimates that the gap between the taxes people should pay and the taxes that they actually pay is about $345 billion. During the late 1990s and early 2000s the IRS studied taxpayers who fail to file and determined that more than approximately 10 million individuals and businesses fail to file taxes each year. This failure to file taxes results in an aggregate loss of more than $7 billion annually, however other studies have placed this loss at as much as $86 billion. The problem of unfiled tax returns has long been known by the IRS. This why the agency took steps as early as 1992 to both encourage people to come back into compliance with the tax system and to punish those who failed to file. The IRS Non-filer Program encourages taxpayers to come forward by:
The IRS has created a joint task force of regulators, tax auditors, revenue officers, and special agents to locate non-filers and enforce their tax obligations.The IRS Information Reporting System (IRP) is used to match tax information documents filed by individuals and businesses with the IRS.
The system will analyze W-2s 1099s and other tax documents to match them. Matching of information returns can be used to identify non-filers and, as part of the stop-filer program, to identify thoseThe agency is authorized to prepare returns on behalf of those who fail to file or those who file false or fraudulent returns. This authority is drawn from Internal Revenue Code section 6020 As one might expect, the IRS rarely prepares a return that is favorable to the taxpayer.
These are only a few of the consequences a delinquent taxpayer can face. Other consequences include a failure to pay penalty and a failure to file penalty. If the IRS or other government agent believes that your actions were willful – a voluntary or intentional violation of a known legal duty – you could face even more serious felony tax evasion charges. The penalty for felony tax evasion includes up to a five year prison sentence and a fine of $250,000 for each offense.
FAILURE TO FILE BACK TAX RETURNS CAN LEAD TO POTENTIAL TAX LIABILITIES
Within a civil context, the IRS typically has three years to audit an unfiled return. However, in instances where twenty-five percent or more of income has been omitted, the time to audit the return or to bring charges is extended to six years. However, this is not the end of the bad news. Under the continuing offense doctrine, the six year timeframe will not have run if the taxpayers engages in “willfully attempting in any manner to evade or defeat any tax or the payment thereof.” For example, if the taxpayer leaves the U.S. as a fugitive, the statute of limitations is tolled.
Furthermore, it can be difficult to pinpoint when exactly the tax crime occurred. Did it occur with the filing of false return? Does the crime also continue on to when you lie about it or conceal the unfiled or false return? Thus, practically speaking, a taxpayer may have to worry for many years beyond six.
IRS Audit for Unfiled Taxes?However you don’t have to live under the constant threat of an IRS audit nor do you have to go it alone to fix these issues. The experienced tax attorneys and IRS enrolled agents of Advance Tax Relief can work to resolve tax compliance issues due to the non-filing of taxes.
GET TAX RELIEF HELP TODAY
If you think that you may need help filing your 2018/2019 tax return and past due tax returns, you may want to partner with a reputable tax relief company who can help you get the max refund and reduce your chances for an IRS AUDIT.
Advance Tax Relief is headquartered in Houston, TX with a branch office in Los Angeles, CA. We help many individuals just like you solve a wide variety of IRS and State tax issues, including penalty waivers, wage garnishments, bank levy, tax audit representation, back tax return preparation, small business form 941 tax issues, the IRS Fresh Start Initiative, Offer In Compromise and much more. Our Top Tax Attorneys, Accountants and Tax Experts are standing by ready to help you resolve or settle your IRS back tax problems.
Advance Tax Relief is rated one of the best tax relief companies nationwide.
#TaxDebtProblems #FilingBackTaxes #TaxReliefPrograms #IRSDebtForgivenes #TaxAttorneysNearMe #IRSLawyer #TaxReliefFirms #OfferInCompromise #TaxResolution #LocalTaxAttorney #HelpFilingBackTaxes #TaxDebtSettlement #TaxReliefAttorneys #IRSHelp #TaxRELIEF #TaxAttorneys #AuditHelp #BackTaxes#OfferInCompromise #WageGarnishmentHelp #AuditReliefHelp #SmallBusinessTAXES
Posted by ADVANCE TAX RELIEF/ NOAH DANIELS EA BLOG at 5:17 PM