BACK TAXES AND THE FRESH START INITIATIVE - TAX RELIEF SETTLEMENTS

The concept behind the phrase “back taxes” is a fairly straightforward one: back taxes are comprised of taxes owed during a particular tax year that aren’t paid during that year.  In other words, if a taxpayer can’t pay all of their taxes for a year, they are said to owe back taxes.
The idea of back taxes may be pretty simple, but dealing with back taxes can be complex and difficult. 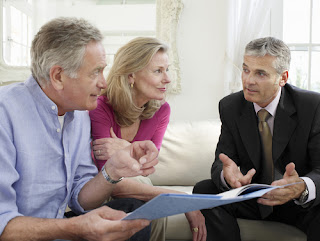 IRS Can Go Back 10 Years
In general, the IRS has 10 years to collect back taxes.  After that time, the statute of limitations prevents any further collection action.  The time limit starts to run from the time the tax was originally assessed.

For example, taxes from the year 2011 were probably assessed sometime around April 15, 2012 (depending on when the taxpayer filed the return).  Thus, a person who owes back taxes from 2011 is subject to collection actions by the IRS until roughly April 15, 2022.

During that 10-year period, the IRS has many tools at its disposal to collect back taxes.  For instance, the IRS can garnish a taxpayer’s wages to recover the unpaid taxes. The IRS will also impose monthly penalties for failing to pay the taxes as an incentive to pay the back taxes sooner rather than later.

Fresh Start
While the IRS can be unrelenting in its hunt for back taxes, the agency recently expanded its relief program for taxpayers who owe it money.  Dubbed “Fresh Start,” the program allowed for penalty relief if a taxpayer was unemployed for at least 30 consecutive days in 2011 or 2012, or if the taxpayer was self-employed during the same period and experienced a 25% drop in business income.

Fresh Start also enlarged and enhanced the IRS’ Offer in Compromise (OIC) program.  An Offer in Compromise is an agreement between a taxpayer and the IRS to settle the taxpayer’s debt for less than what is actually owed to the IRS.  The Fresh Start program gave the IRS more flexibility in performing the financial assessments necessary to determine whether a taxpayer should receive on OIC or not.

All of these options can help taxpayers who owe back taxes get out of debt with the IRS.  The best strategy, however, is to face the problem of a large tax bill proactively before back taxes even become an issue.

GET TAX RELIEF HELP TODAY
If you think that you may need help filing your 2018/2019 tax return and past due tax returns, you may want to partner with a reputable tax relief company who can help you get the max refund and reduce your chances for an IRS AUDIT.
Advance Tax Relief is headquartered in Houston, TX with a branch office in Los Angeles, CA. We help many individuals just like you solve a wide variety of IRS and State tax issues, including penalty waivers, wage garnishments, bank levy, tax audit representation, back tax return preparation, small business form 941 tax issues, the IRS Fresh Start Initiative, Offer In Compromise and much more. Our Top Tax Attorneys, Accountants and Tax Experts are standing by ready to help you resolve or settle your IRS back tax problems.
Advance Tax Relief is rated one of the best tax relief companies nationwide.
#TaxDebtProblems #FilingBackTaxes #TaxReliefPrograms #IRSDebtForgivenes #TaxAttorneysNearMe #IRSLawyer #TaxReliefFirms #OfferInCompromise #TaxResolution #LocalTaxAttorney #HelpFilingBackTaxes #TaxDebtSettlement #TaxReliefAttorneys #IRSHelp #TaxRELIEF #TaxAttorneys #AuditHelp #BackTaxes #OfferInCompromise #WageGarnishmentHelp #AuditReliefHelp #SmallBusinessTAXES