If you have been summoned for an audit by the IRS, you should know that the odds of escaping without owing additional taxes are slim. In general, the IRS does not spend its resources on conducting tax audits unless there is a good chance for significant revenue to be gained. 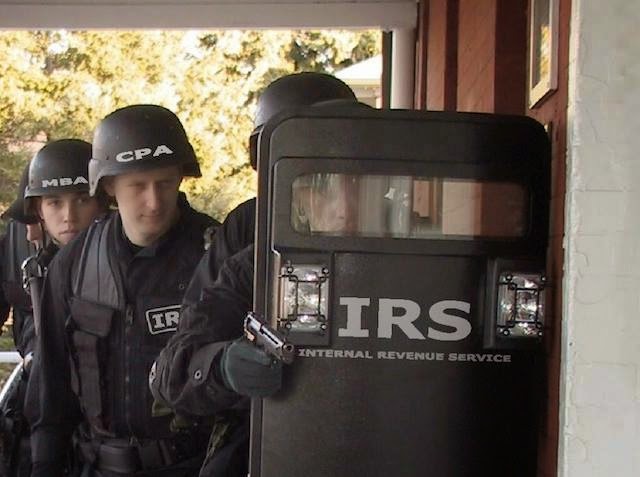 What you may not be aware of is that, if you owe more, along with extra taxes, you will likely be assessed penalties of some type. The amount and severity of the tax audit penalties that you face are directly related to the type of deficiency the audit uncovered. But you also have the opportunity to soften the blow or perhaps even have the penalties removed.

If an IRS audit finds that you filed a substantially inaccurate return, you could be facing accuracy related penalties of 20 percent of the amount you underpaid. In extreme cases, the penalty charged could be doubled to a whopping 40 percent of your total tax underpayment. The following list indicates the types of accuracy related penalties that may result from a tax audit. (About Money)

Penalties for Failure to File Returns and Pay Taxes

If you are late in filing your tax return or paying your taxes, the penalty is 5 percent of the unpaid tax, charged each month, up to a maximum of 25 percent. A minimum penalty of $135 can be charged for returns filed more than 60 days late.


Filing your return on time but paying late carries a lighter penalty of 0.5 percent of the tax you owe each month up to 25 percent. If you are charged for both penalties for the same month, the penalty for failure to file is reduced to 4.5 percent. (IRS.gov)

If you fail to pay up on taxes owed after an audit, the IRS will assess a penalty of 0.5 percent for each month the tax is not paid. The clock starts ticking 21 days after the IRS issues the notice. If you pay the amount owed in full within 21 days, you will not be charged an additional penalty.

To add insult to injury, if an audit results in accuracy related penalties, fraudulent failure to file a tax return or civil fraud, the IRS adds interest of 3 percent annually to the amount of your penalty. If the penalty is $100,000 or less, you have 21 days to pay in full before interest is added. If the penalty is more than $100,000, you only have 10 days to pay up before the IRS begins adding interest.
Civil Fraud Penalty

If an IRS audit results in a charge of civil fraud, you won’t wind up in jail. But the IRS slaps a hefty 75 percent penalty on any tax underpayment that resulted from fraudulent activity.

There is one sliver of a silver lining to this financially dark cloud — accuracy related penalties cannot be applied to taxes owed as a result of civil fraud. In other words, you can’t be penalized on top of a penalty.

Instead, fraudulent failure to file a tax return refers to a deliberate failure to file a return, and can be either a civil or misdemeanor criminal offense, although civil charges are much more common. If criminal charges are filed, you could be sentenced to up to a year in jail plus $25,000 in fines for each year that you fail to file. The statute of limitations for criminal charges is six years; there is no statute of limitation for civil charges.

Willful Failure to Pay Estimated Taxes or Keep Records
Willful failure to pay estimated taxes or maintain tax records is considered to be a misdemeanor by the IRS. Just as with fraudulent failure to file a tax return, civil rather than criminal penalties are applied most often for this type of infraction. If the IRS brings criminal charges against you, as the result of an audit or criminal investigation, you could face up to a year in jail and $25,000 in fines for each year for which you are charged.

Filing a Fraudulent Return
Many tax protesters, including actor Wesley Snipes and singer Lauryn Hill, have found themselves on the wrong side of the law because they filed frivolous returns based on claims that income taxes are unconstitutional. Filing a fraudulent tax return is considered a felony, but less serious than tax evasion. If you are convicted of filing a fraudulent return as a result of an audit or as a result of IRS investigation, you could face up to 3 years in prison and up to $100,000 in fines. (IRS.gov)

Tax Evasion
Tax evasion has snared some of the most notorious figures in history, including Chicago crime syndicate boss Al Capone. The IRS defines tax evasion as the willful concealment or misrepresentation of financial resources and assets to avoid paying taxes. If an IRS audit or criminal investigation results in a tax evasion conviction, you could be facing up to 5 years in prison and up to $100,000 in fines.

Audit Reconsideration
If worse comes to worse and you are nailed with more taxes and penalties as the result of an audit, but you disagree with the result, you can request an audit reconsideration. You must request it before you pay any taxes, penalties or interest that you intend to dispute, not after. If you have already paid the taxes, penalty and interest, you must request a refund. Submit the following documentation to the same office that conducted your audit. (Journal of Accountancy)
The IRS is not obligated to grant your request. But if you can demonstrate any of the following circumstances, your request for audit reconsideration should be approved.
The IRS should respond to your request for an audit reconsideration within 30 days, although the wait could be longer. Bear in mind that penalties and interest continue to accumulate during that time. If you are suffering financial hardship due to delays in processing your audit return, you can ask for your request to be expedited.

Offer in Compromise and Penalty Abatement
If your request for audit reconsideration is denied, you may still be able to ease your burden. If you cannot pay the full amount of tax that you owe, you may request an Offer in Compromise, which settles your tax obligation for a fraction of what you actually owe. Be forewarned that the IRS accepts only a small percentage of Offers in Compromise. Obtaining expert advice from the experts at Advance Tax Relief will improve your odds.

About the Author: Audrey Henderson is a Chicago-based writer with a JD from Northwestern University. Her focus is on tax-related issues including IRS audits, tax planning, and tax relief solutions.
Posted by ADVANCE TAX RELIEF/ NOAH DANIELS EA BLOG at 10:54 AM