A woman was sentenced today to serve 70 months in prison for her involvement in a stolen identity tax refund fraud (SIRF) scheme: 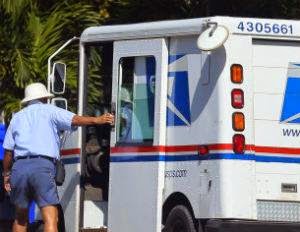 Sasha Webb was also ordered to serve three years of supervised release following her prison sentence and to pay $528,823 in restitution.
According to court documents and court proceedings in this and related cases, Webb worked as a medical records clerk at an Alabama Department of Corrections facility in Elmore County, Alabama, where she had access to the means of identification of inmates from databases maintained by the Alabama Department of Corrections.  On several occasions in 2009 and 2010, Webb stole identities from those databases and sold them to Harvey James and his sister, Jacqueline Slaton, for the purpose of filing false tax returns.
Between 2010 and 2012, James and Slaton used those stolen identities to file false federal and state tax returns.  James and Slaton directed some of the false refunds to be sent to either prepaid debit cards or issued via check.  James’s brother-in-law, Gregory Slaton, recruited Vernon Harrison, a U.S. Postal Service employee, to the scheme.  James directed prepaid debit cards and state tax refund checks to be mailed to addresses that Harrison provided from his postal route.  Harrison collected the debit cards and checks and provided them to Gregory Slaton who in turn gave them to James and Jacqueline Slaton.  In total, James and Slaton filed more than 1,000 federal and state income tax returns that claimed more than $1 million in fraudulent tax refunds.
On Oct. 31, 2013, Harrison was sentenced to serve 111 months in prison. James was sentenced on April 29, 2014, to serve 110 months in prison and Jacqueline Slaton was sentenced on Oct. 23, 2012, to serve 70 months in prison.  Gregory Slaton was sentenced on Oct. 28, 2014, to serve 70 months in prison.
The case was investigated by special agents of the Internal Revenue Service - Criminal Investigation, the Bureau of Alcohol, Tobacco, Firearms and Explosives, and the U.S. Postal Service’s Office of the Inspector General.  Trial Attorneys Jason H. Poole and Michael C. Boteler of the Tax Division are prosecuting the case with the assistance of Assistant U.S. Attorney Todd Brown for the Middle District of Alabama.