THINGS TO KNOW ABOUT IRS WAGE GARNISHMENT AND HOW TO GET A RELEASE..

When taxpayers owe the IRS and are not in an arrangement to pay (extension to pay, payment plan, currently not collectible status, or an offer in compromise), they can be subject to a levy of their income and assets.  One of the most common forms of levy  is the “wage garnishment.”  Since July 2018, the IRS has started to increase the number of wage garnishments to taxpayers who do not make arrangements with the IRS.

Some insights and tips on garnishments

With more garnishments in place, here are insights and tips taxpayers need to know about IRS wage garnishments and how to get them released:

IRS issues wage garnishments using this information on file from the most previous tax year. 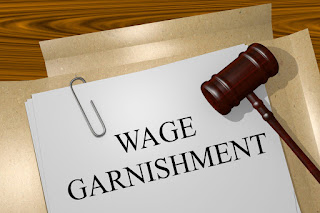 The IRS usually provides 5 notices, over several months, before issuing a garnishment.  These notices, called the IRS collection notice stream, provide the taxpayer several attempts to pay or get into a collection alternative with the IRS.  Once a garnishment is issued, the IRS is usually inflexible about releasing it because the taxpayer has been given numerous changes to pay or enter into an agreement to avoid the garnishment.

Filing compliance is required.   This means, you better have all of your required tax returns filed.  Unless the taxpayer is in hardship, the IRS is reluctant to release a garnishment if the taxpayer has not filed all past, required returns (usually the current and past 6 years).  Sometimes, the IRS will allow the taxpayer to use an extension to pay to release the levy if the taxpayer can show that the prior years will be refunds and they promise to file immediately,

The garnishment stays in place until released.  Good news – the IRS will not take 100% of the wages. The bad news: the wage garnishment will continue until all balances are paid or the taxpayer gets into an agreement with the IRS and the IRS sends a garnishment release to the employer.

Need to work with IRS Collection because you are under IRS enforcement.   The IRS is enforcing collection of back taxes.    A  Wage garnishment is a serious matter.  The garnished taxpayer is assigned to IRS collection for enforcement of unpaid taxes.

Taxpayers will need to work with the IRS Collection function for a release.   Also, further enforced collection can occur- likely in the form of a Notice of Federal Tax Lien.  It is unlikely that the IRS will also issue additional levies – such as a bank account levy – unless the taxpayer is assigned to an IRS revenue officer for local field collection.

Can’t put food on the table?  The taxpayer can request expedited release of a garnishment due to economic hardship.  Taxpayers who cannot meet their basic living expenses and can provide the IRS evidence of hardship can ask for a hardship release without getting a collection agreement.  However, in practice, this process can take some time, especially if the initial IRS reaction is “we need more information about your hardship before we can release the garnishment.”   Most times, it is best for the financially stressed taxpayer to request currently not collectible status or even request

an offer in compromise – both will release the garnishment.

The IRS has a Christmas spirit.   Traditionally, the IRS does not issue wage garnishments during the last three weeks of December.   Clearly, the IRS has a heart here – but there are other motives.  The IRS does not have a lot of resources available to arrange for a collection agreement and garnishment release during Christmas time.  There are usually many IRS employees on vacation during the latter part of December.  One word of warning:  the wage levy holiday moratorium does not include bank levies.  Taxpayers are still subject to a bank levy.

The Taxpayer Advocate (TAS) can help, a little.  TAS can help if the taxpayer is suffering a financial hardship. But ultimately, a wage garnishment is under the jurisdiction of IRS Collection.  TAS can make recommendations and expedite hardship requests, but IRS Collection makes the final decision on releasing the garnishment.