IRS BACK TAXES HELP: KNOW YOUR OPTIONS AS A TAXPAYER

Learn about the options you have to deal with back tax debt owed to the IRS.

One of the most common questions I hear is, "I owe the IRS years of back taxes, what are my options?" Many taxpayers gravitate towards the Offer in Compromise (OIC) program, possibly falling victim to the late night television commercials that claim "we can settle your back tax debt for pennies on the dollar." No reasonable person would pass up the opportunity to settle their IRS debt for "pennies on the dollar," but the reality is those types of resolutions are few and far between. While an OIC may work for some, it certainly does not work, or make sense, for all. The good news is the IRS has many other options available to alleviate an individual's back taxes. This article will explain the main resolution options available to taxpayers, when those options would be most advantageous, and the pros and cons of each method. 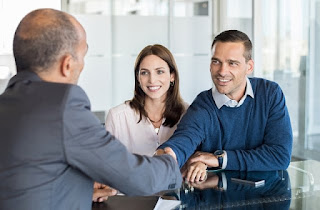 Don’t be surprised to find out how few taxpayers consider entering into an installment agreement to pay off their back taxes, especially considering it is often the best option for a variety of reasons. The IRS labels a taxpayer in an installment agreement as compliant, which reduces the amount of IRS letters and phone calls in the short-term while showing a taxpayer’s willingness to cooperate in the long-term.

When To Use. The easiest way to answer this question is to list when an installment agreement should not be used, which is when another option is far superior. For example, if a taxpayer has a large balance owed to the IRS and can only afford to make minimal installment payments another resolution option is more desirable because the taxpayer would barely be paying off the principal of their debt. That being said, the fact remains that an installment agreement should always be considered, even if only as an interim solution while considering other methods.

Cons. Interest continues to accrue; could take years to pay off debt; must remember to make payments or else default (not an issue if utilize the direct debit option).

FILE AND AMEND PAST TAX RETURNS

Another way to reduce tax debt that often gets overlooked is filing an amended return or filing a return past the deadline where none was ever filed. Sometimes a taxpayer can reduce their liability by amending their return if the taxpayer’s liability was overstated on their original return. Similarly, if a taxpayer fails to file a return the IRS may file a substitute for return, which gives the taxpayer the minimal exemptions and deductions. Obviously, this is not optimal for the taxpayer and potentially leaves many dollars on the table for some taxpayers.

When To Use. Filing an amended or original return is another option that should always be considered because of the direct reduction in liability that would result. Specifically, it is best where a taxpayer’s liability is overstated due to an IRS substitute for return or tax preparer error, typically for Schedule C filers. Another instance where filing a return late is beneficial is where the taxpayer would receive a refund from their taxes withheld during the year or from a particular credit. However, there is a three year statute of limitations to claim a refund and it would be applied against the balance owed to the IRS.

The OIC is the resolution method that gets all the publicity, but similar to many things that seem too good to be true, it often is. However, where the circumstances are right, the OIC can be the best route for a taxpayer with back taxes.

When To Use. The OIC program works on a sliding scale of sorts, balancing a taxpayer’s liability owed to the IRS against their income, expenses, assets, and equity. There is no hard and fast rule but generally, the higher a taxpayer’s liability and the lower a taxpayer’s ability to pay (through income and liquidation), the better a candidate the taxpayer is for an OIC. Also, a taxpayer interested in an OIC must have no delinquent returns, must have made all estimated tax payments and deposits, and must not be in an open bankruptcy.

Cons. Must make high initial payment; zero tolerance for noncompliance before, during, and five years after OIC; potential need to liquidate assets; could take a couple years to complete.

In most cases, the statute of limitations for the IRS to collect back taxes is 10 years after the IRS has assessed of a tax liability. Essentially, this means the IRS has a 10 year window to collect on a taxpayer’s deficiency and once that window closes the IRS loses its legal claim towards the back taxes. This method sounds great for the avid tax protester, but this is hardly a get out of jail free card because the IRS will still likely take collection action in the form of a tax lien and/or levy.

When To Use. I personally never recommend this avenue unless the circumstances surrounding the taxpayer are severe, such as if a taxpayer has no property (including wages) in which the IRS can attach a lien or levy. However, there are taxpayers out there who are willing to bite the bullet and let collection action occur just for the chance that they can outlast the 10 year period.

Pros. Potential to wipe out taxpayer’s back taxes.

Cons. The very good chance a lien and/or levy will be filed on taxpayer’s property; long period of time to wait; easy to unintentionally trigger an exception to extend the 10 years.

QUICK NOTES ON OTHER METHODS

Penalty Abatement. A request for penalty abatement can partially abrogate a taxpayer’s liability for reasons such as IRS error or delay, erroneous written advice by IRS, or reasonable cause.

Bankruptcy. Contrary to popular belief, filing for bankruptcy will not discharge all tax debt. In reality only certain income tax is capable of being discharged through bankruptcy. As a general rule, the income tax at issue must be from returns that were due at least three years before bankruptcy is filed, assuming the returns were filed within the following year and the tax was assessed soon thereafter.

Innocent Spouse Relief. This is a relief method for one spouse of a joint return who is assessed additional tax based on the erroneous filing by the other spouse. There is much more detail that is involved but generally the “innocent” spouse must not have known of the understatement of tax by the other spouse and it would be inequitable to hold the innocent spouse responsible.

Currently Not Collectable. Also called a temporary delay for hardship, being placed in currently not collectable status is only a temporary solution and is only for taxpayers whose expenses exceed their income. It is not a long-term answer to relieving back taxes.