WHO CAN GO TO PRISON FOR TAX EVASION?

Many people are afraid of IRS audits — and maybe even going to jail if they make a major mistake. In fact, fear of an IRS audit is one of the main reasons that people strive to file timely and accurate tax returns each year.

But here’s the reality: Very few taxpayers go to jail for tax evasion. In 2015, the IRS indicted only 1,330 taxpayers out of 150 million for legal-source tax evasion (as opposed to illegal activity or narcotics). 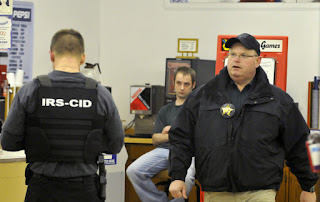 The IRS mainly targets people who under state what they owe. Tax evasion cases mostly start with taxpayers who:

Misreport income, credits, and/or deductions on tax returns
Don’t file a required tax return
The IRS doesn’t pursue many tax evasion cases for people who can’t pay their taxes. But, if you conceal assets and income that you should use to pay your back taxes, that’s a different story.

WHAT GETS TAXPAYERS INTO CRIMINAL PROSECUTION WITH THE IRS

Usually, tax evasion cases on legal-source income start with an audit of the filed tax return. In the audit, the IRS finds errors that the taxpayer knowingly and willingly committed. The error amounts are usually large and occur for several years – showing a pattern of willful evasion.

Here’s more about what the IRS looks for:

Unreported income: This is the biggest issue that brings taxpayers under criminal investigation. This includes leaving out specific transactions, like the sale of a business, or entire sources of income, such as income from a side business. This issue has gotten many gig economy workers in trouble with the IRS, when they leave out income from their side hustle.

Dodgy behavior during an audit: People who make false statements or purposely hide records (such as bank accounts) from an IRS auditor are headed for criminal prosecution. The IRS calls these behaviors “badges of fraud.” They’re hot buttons that indicate tax evasion.

Example: Concealing a Side Hustle

Here’s how a common tax evasion case unfolds. We’ve called out the fraud indicators the IRS looks for as proof of tax evasion.

1: A Side Job Generates Extra Cash

John Doe is a firefighter and works one 24-hour shift every fourth day. During his off hours, he has developed a lucrative plumbing side business. This leaves John with a good primary source of income, health and retirement benefits, and, mostly, a lot of extra time to earn more money.

On his off days, John does plumbing work for local builders and other clients he acquired through word of mouth. John deals in cash for most of his plumbing jobs, but sometimes he deposits plumbing income into a special savings account. From 2011 to 2013, John cleared about $35,000 a year, after expenses, from his side business.

When John visits his accountant each year to file his taxes, he doesn’t mention the side business, and his accountant doesn’t ask. John avoids the topic.

Fraud indicator: Omission of an entire source of income

2: The Audit Letter Arrives
In 2014, John gets an audit letter for his 2013 return. During the audit, the IRS auditor asks for any other income that John had, including business income.

When the auditor asks for copies of all of John’s bank records for all accounts for 2013, John gives the auditor only his primary checking account and says there’s no other account.

When the auditor asks John what he does on his off days, John says he enjoys fishing.

3: What the IRS Knows, and John Doesn’t

Little does John know, the IRS received a Form 1099-MISC reporting $1,100 that ABC Builders paid to John Doe. The IRS also received a Form 1099-INT for $10.61 in interest income on John’s special savings account from Central Bank. John didn’t receive either of these statements because he moved in early 2014 and didn’t change his address with the bank or ABC Builders.

After John’s statements during the audit, the auditor is suspicious that John is hiding income. The auditor asks John whether he has an account at Central Bank.

After choking on his coffee, John says that he may have an account at that bank, but he forgot about it. The auditor asks him to provide the bank statements.

John comes back two weeks later and says he can’t find the statements. Puzzled, the auditor asks why John didn’t go online to print them or ask the bank for them. John provides a litany of excuses and stalls in providing the statements.

The auditor reads the statements and discovers $60,000 in deposited funds.

The auditor expands the audit to 2011 and 2012, asks John to agree to extend the statute of limitations on the 2011 tax year, and asks for the bank statements from those years.

John refuses. The auditor again summons the 2011 and 2012 bank statements, which reveal more than $60,000 in deposited funds for both years.

At this point, the auditor refers the case to the IRS Criminal Investigation Division to investigate John for probable tax fraud.

John hires several criminal defense and tax attorneys to defend him and ultimately pleads guilty to tax evasion. In addition to a jail sentence, John also must pay the back taxes, along with a 75% fraud penalty on the corrected tax. John loses his firefighting job, his community reputation, his savings and more, and is now a convicted felon.

Moral of the Story: The IRS Saves Criminal Prosecution for Exceptional Cases
While the IRS does not pursue criminal tax evasion cases for many people, the penalty for those who are caught is harsh. They must repay the taxes with an expensive fraud penalty and possibly face jail time of up to five years.

But if you’re like most taxpayers who make a good faith effort to file and pay their taxes accurately and on time, you won’t end up like John.