When the IRS levies your wages or accounts, it is usually to get your attention.
There is something the IRS wants that you have not provided – it could be a financial statement, estimated tax payments, or getting in compliance on unfiled tax returns.And to get the levy released, the IRS is usually going to condition it on, say, getting your unfiled tax returns in first.  The IRS tells you that they operate on a “compliance first, levy release second” basis.


IRS BACK TAX PROBLEMS? CALL FOR IRS TAX RELIEF (800)790-8574ADVANCE TAX RELIEF LLCwww.advancetaxrelief.comBBB A+ Rated Call (800)790-8574***We have successfully resolved millions in back taxes for our clients. 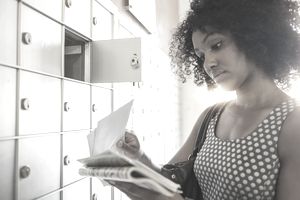 But what if you cannot get the unfiled tax returns prepared quickly enough to get the levy released when you need it, which is now?The levy is causing an economic hardship to you – preventing you from paying your bills – while you work to get the tax returns prepared.But the IRS does not care – the are standing pat – all returns filed, no exceptions, no levy release.There is help out of this bind.The U.S. Tax Court, in the case of Vinatieri v. Commissioner, 133 T. C. 892 (2009), held that the IRS is required to release levies even if tax returns are not filed, provided it can be proven to the IRS that the levy is causing an economic hardship to you.In the Vinatieri case, the IRS sent Kathleen Vinatieri a Final Notice of Intent to Levy, putting her on notice that they wanted to levy her assets.  Ms. Vinatieri responded by telling the IRS that any levy would prevent her from paying her bills. She requested a hearing with an IRS appeals officer, known as a Collection Due Process Appeal.At the hearing, the Ms. Vinatieri provided financial information to the IRS verifying that if her income was levied, she would be in economic distress.  The IRS appeals officer agreed that Ms. Vinatieri could not afford a levy, or to make any payments to the IRS on her debt, and that a levy would create an economic hardship to her.  This qualified Ms. Vinatieri’s account to be placed in currently uncollectible status, with the IRS leaving her alone and not levying.But IRS appeals officer sustained the levy – even though it was undisputed that it would cause an economic hardship – as Ms. Vinatieri had unfiled tax returns.Ms. Vinatieri headed to Tax Court, and the court agreed with Ms. Vinatieri, ruling that the IRS must release a levy even if there are unfiled tax returns if the levy is causing an economic hardship and the account qualifies for currently uncollectible status.The Tax Court’s decision was based on Internal Revenue Code 6343(1), which requires the IRS to release a levy if it will cause an economic hardship. The court found that there was no wording in the Internal Revenue Code conditioning the release on the filing of past due tax returns.  The Tax Court found the wording of the law to be clear – if a levy causes economic hardship, the IRS must release it, and cannot condition the levy release on getting in compliance with unfiled tax returns.After the Vinatieri case was decided, two things happened at the IRS:The IRS Taxpayer Advocate announced that they would be assisting taxpayers who were being levied, had unfiled tax returns, and could demonstrate that the levy would cause them economic hardship.
The IRS Office of Chief Counsel issued Notice CC 2011-005 to make sure that appeals officers followed Vinatieri when presented with cases where there was demonstrated economic hardship and unfiled returns.
What this means to you:First, even though Vinatieri is law, do not expect all IRS agents to know and follow it.  That is not intentional – it is probably more because every IRS Revenue Officer or Automated Collection Service employee does not know about Vinatieri, or if they do know, they lose sight of it in their daily work flow.In other words, change can be slow, and tax return filing as a condition to levy release – even if the account should otherwise be currently uncollectible – has long been an ingrained part of IRS culture.That means you need to know the law and your rights under it, and be prepared to respectfully point it out to the IRS when necessary.Second, it is important to understand that “economic hardship” is defined as qualifying for IRS currently uncollectible status.  This means that to be able to use Vinatieri we need to prove to the IRS that your income is enough to only pay your living expenses.  Bear in mind, though, that the IRS does have living expenses caps – meaning your hardship and living expenses has to match the IRS’s definition and guidelines.Vinatieri means that Internal Revenue Code 6343(a) (1) gives you relief from a levy while we complete your unfiled returns if your are in economic hardship and qualify for IRS currently uncollectible status.  In that situation, the IRS cannot hold the returns over your head and condition levy release on the returns being filed. But to finalize the uncollectible determination, the IRS will still need your tax returns – Vinatieri forces them to release the levy in the meantime.  It gives you relief while you prepare what is missing, and evens the playing field.

So, if you have IRS Problems, Owe Taxes, have Past Due UnFiled Tax Returns and need IRS HELP – Take action today! You should work with a nationwide tax relief firm. Call Advance Tax Relief (800) 790-8574GET TAX RELIEF HELP TODAYIf you think that you may need help filing your 2017 tax return and past due tax returns, you may want to partner with a reputable tax relief company who can help you get the max refund and reduce your chances for an IRS AUDIT.Advance Tax Relief is headquartered in Houston, TX with a branch office in Los Angeles, CA. We help many individuals just like you solve a wide variety of IRS and State tax issues, including penalty waivers, wage garnishments, bank levy, tax audit representation, back tax return preparation, small business form 941 tax issues, the IRS Fresh Start Initiative, Offer In Compromise and much more. Our Top Tax Attorneys, Accountants and Tax Experts are standing by ready to help you resolve or settle your IRS back tax problems. Advance Tax Relief is rated one of the best tax relief companies nationwide.  Call our team today at 800-790-8574 for more information. For a free consultation, schedule an appointment with us online.Feel free to also learn about us and contact us via www.advancetaxrelief.com.However, it doesn’t matter where you live, we service taxpayers nationwide.We have settled millions in back tax penalties and interest for our clients nationwide.Advance Tax Relief is a Professional Tax Relief OrganizationOTHER LINKS:Advance Tax Relief http://www.advancetaxrelief.com/audit-representation.htmlAdvance On Wordpress: https://advancetaxreliefblog.wordpress.com/Advance Tax Youtube: https://www.youtube.com/channel/UCBqQtYZOrJDcoQwyiOgEwHwAdvance Tax Relief on Instagram: https://www.instagram.com/advancetaxreliefusa/Advance Tax Relief LA; https://www.inglewoodtaxlawyers.com/
Posted by ADVANCE TAX RELIEF/ NOAH DANIELS EA BLOG at 2:07 PM